From the "What's he been doing all this time?" dept.

Well, after a few years of only sparse contact, I finally managed to hook up with an old friend/DDR legend Yasu 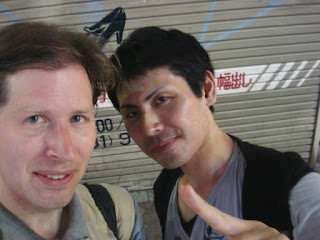 Some players of the day might remember Yasu from this picture. 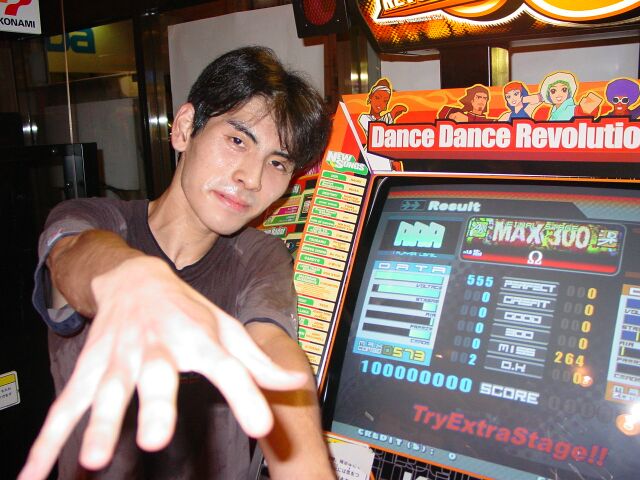 It turns out he has been up to quite a bit since we last met.  Even though he doesn't play DDR quite a much as he used to, he still does the Max 300 AAA thing, though less so these days.

Of more interesting news is the fact he is getting married.  I never would have imagined that, but then again he was just as shocked when he found out I had a son..

I mention this because for years, he achieved some surprising "success" in the forms of recognition, a small fan base and even invitations to events in Japan and abroad all because he was good at a video game (specifically, a perfect score on a once-considered incredibly difficult song).  As time passed, though, a number of other players were able to perform the same accomplishments and more.  Yasu couldn't get by just being Yasu anymore, and that is when he seemed to lose his direction in life, not having any particular interest in anything else.

His brother ended up working in the IT industry and still plays music games as a hobby but it was troubling to him and the rest of his family and friends to see Yasu seemingly lost in life with no clear goals or ambitions.

It took a few years but he got his act together.  He's an office worker right now but he has managed to have some interest in *a* job that isn't convenience store work, his girlfriend (now fiancee) is supportive and he can actually speak with some kind of recognizable grammar and diction, which is a *huge* improvement in communication from what his friends (including me) tried to decipher years ago.

This all might not seem too interesting to some, but it was something I wanted to share since he did make quite a splash years ago and I had closer contact with him than most, so it was something special to be able to hook up with him again after all these years to find out what happened with him..
Posted by seishinbyou at 7:36 AM